What Yahoo + Tumblr Means for Everyone. 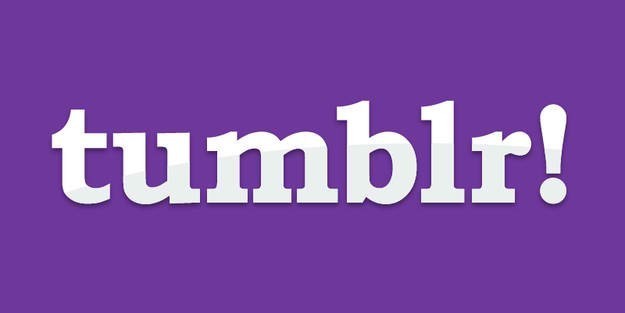 As Yahoo buys Tumblr I have looked at what it means for the two companies and the ecosystem they live in.
Note: this post was written 1 year ago. Republishing it here.
Disclaimer:I left Yahoo 1+ Years ago. Everything in this post based on my personal knowledge and not - in any way - related to insider information.

Appointing Marissa to lead Yahoo meant betting on Product Innovation
Yahoo needs to make big bets like buying Tumblr
No one can guarantee the combo will succeed but potential upside is HUGE for both companies
The worse it can happen is that Yahoo+ Tumblr will fail but Tumblr is at risk of failing on its own
The Community has made Tumblr and will continue to mark Tumblr’s success. For as long as Yahoo doesn’t mess up with the community people will continue to use Tumblr.
While I don’t have enough data, I remain cautiously optimistic on the deal (v.s. buying Pinterest or Path for example)
Bonus: Which Companies might be on Yahoo’s M&A target list next
The Meaning of Marissa
This story starts with Marissa joining Yahoo a year ago. Her appointement was a steer change in direction from the previous 2 external CEOs appointed by the board.

Products have the power to change people’s lives. It is the beauty and purpose of technology to make things simple® so that humans can focus on living a happy(er) life.

Marissa restated a sense of urgency around product innovation. She brought with her a ‘halo’ of coolness that had long gone in Sunyvale and around the world. At the time of her joining, an army of 12,000+ people was silently dying inside of a slow but - what then felt - inevitable decline. Previous CEOs did not understand the importance of going for the BIG Product BETS. I say this by seeing it from the inside. I can’t speak for Scott Thomson but I can surely say that under Carol the focus was more on ‘keeping the house in order’ than making big bets to foster product innovation. It wasn’t her fault. It was the board’s fault for hiring her and to think in terms of short term gains (but that’s beyond the point).

Carol went around saying bets had to be made but to take ‘calculated risk’. The two things just don’t go hand in hand. They simply don’t. And it was because of that, that many like me left.

Yahoo was simply not a hospitable place for entrepreneurs and innovation.

A Tidal Change - A Tech Company Again
Fast forward a year: at least 50% of the engineers I talk to tell me they would consider starting a job at Yahoo. I can assure you it was not the case when I left. I left to start my own thing but had Marissa joined earlier I would have probably taken my chances at starting it from inside Yahoo or as a Yahoo backed venture. I tried getting things going but unless things were ‘’aligned with keeping the house in order’’ they would just not get funded.

Flickr was being left bleeding, and simply in maintenance mode while it could have led the Photosharing revolution on iOS and Android.

By appointing Marissa the board sent a clear message to the world that Yahoo was back in the Technology game.
For the first time in 5 years Yahoo is again a Technology Company - according to the latest 10-K filing:

Yahoo! Inc., together with its consolidated subsidiaries (‘Yahoo!,’ the ‘Company,’ ‘we,’ or ‘us’), is a global technology company focused on making the world’s daily habits inspiring and entertaining.”
And Yahoo’s Mission could very easily be applied to Tumblr’s

Yahoo! is focused on making the world’s daily habits inspiring and entertaining. By creating highly personalized experiences for users, we keep people connected to what matters most to them, across devices and around the world
Under Marissa Yahoo started acqui-hiring. 10 startups in 10 months were brought in to build out the Mobile team that will bring ‘daily habits’ to people’s phones and make them more inspiring and entertaining.

3 Reasons Why A Deal Makes Sense for Both Companies
I have no available information on Tumblr’s key metrics outside of little that is publicly available. Those metrics are not a detail. They will ultimately determine whether this is a good or bad deal for both companies and their investors.

I am cautiously optimistic and here is why:

Yahoo needs to turbo-charge Audience growth and none of the small acquisitions it made will help make the big leap. Not in a significant way. Tumblr has the power to do that with 200+M users around the world and within the right demographic (15-24). Yahoo could use Tumblr as the foundation to build a social news platform that spans across its properties. Let me elaborate a bit on this as I think it’s highly under-rated. WE all read news thru the eyes of our Friends, Family (Facebook), Business Associates (Linkedin) and Strangers (Twitter). Until now Yahoo has managed to hold its ground by innovating on their News properties, providing quality content AND regenerating its Home Page (which is the source of Yahoo’s traffic together with Mail) but it hasn’t addressed the core issue of where content and news is created and shared. Since Marissa joined Yahoo did a few smart things in this direction: 1. Solidified the collaboration with Facebook (and shut down the lawsuit) 2. It made it easy for People to share news on Twitter BUT that’s saying: let me get distribution on two fast growing platforms in the hope that my properties will also grow. Yahoo needs to lead its future growth and shouldn’t be dependent on FB or Twitter for that. 3. So the third step (which we are now witnessing with Tumblr) is to try and own Social and give people tools by which they can share their deepest thoughts and news as they occur. That’s what Marissa means by ‘’making daily habits inspiring’. Sharing and communicating is a daily habit and Tumblr marks one step in that direction.
Yahoo can grow Tumblr’s Audience by 4X by opening up Tumblr to Yahoo’s Audiences on its homepage, mail and network of thematic media properties. Imagine Tumblr’s best blogs showing up on Yahoo’s Mail digest and Yahoo’s best media properties. It can be done well and Yahoo possesses the editorial teams AND technology to pull this off.
Monetization potential: Yahoo can grow Tumblr’s Revenue by 10X. Yahoo has a world class sales force that has won accolades by Media Agencies and large brands over the years. Even when things looked south on the Audience front, Yahoo managed to keep its ground and maintained great relationships with the world’s top marketers. And Marketers are looking to reach younger audiences. Tumblr’s data can help Yahoo reach younger audiences outside of Yahoo & Tumblr to help Brands. Yahoo owns an Ad Exchange and a Direct Response Display Network both of them work well for as long as they have data. Being able to get behavioral as well as contextual data data from Tumblr and roll it out across the Yahoo Network (which extends beyond Yahoo Owned & Operated properties) has uncounted potential. Tumblr owns an incredible asset in the ”Dashboard” or as Marissa calls it ”Tumblr Inbox”’ - that inbox is visited by the 300M Tumblr users everyday and it’s a place to run ‘native’ ads. Yahoo launched what they call Stream Ads recently and Tumblr’s dashboard is a natural fit to expand its reach.
Why It Makes Sense For Consumers.
Yahoo has earned a bad rep for mismanaging the integration of previous acquisitions. Those were different times. Things have changed.

The first 10 acquisitions of the Marissa-era seem to be a preparation for bigger ones and If Yahoo are to buy Tumblr I am pretty confident Marissa would integrate Tumblr the right way by keeping it independent in Brand and product development but providing help in infrastructure, distribution and monetization.

Some haters will be angry and leave Tumblr (just because they seem to be adverse to anything Yahoo does) but the majority of Tumblrs are not going anywhere. They won’t flock to Medium or another platform as they are fundamentally different things. They’ll stick around and continue using Tumblr the way they do today provided that their trust doesn’t get abused and Tumblr’s awesome product will get better.

It is the Community that has made Tumblr what it is today and it will be the community to determine Tumblr’s future success. For as long as Yahoo doesn’t interfere with the community Tumblr will continue to leverage its network effects.
A Few More Reasons to Stay Positive:

Bonus: Which Companies Might Be on Yahoo’s M&A Target List
If I were to make a bet I’d pick one of the personal messaging apps.

Humans have an innate need to communicate with the people they care about the most and want to do so with the confidence that their privacy will not be compromised.

So communication is a clear candidate and of all apps, my favorite is Path - an incredibly beautiful app that deserves more attention.

Pinterest would be a good strategic fit for Yahoo as both companies share the common goal of helping people make sense of the web.

Twitter is probably too pricey at this point while venturing in Yelp/Google Local territory with a Foursquare acquisition would probably represent an even bigger risk than investing in Tumblr.

The Secret of Life According to Steve Jobs

Entrepreneurs are a specific bunch of individuals. They decide to leave their jobs and give up their apparent security to embark on unknown territory with the goal of building something meaningful that will change people’s lives for the... Continue →