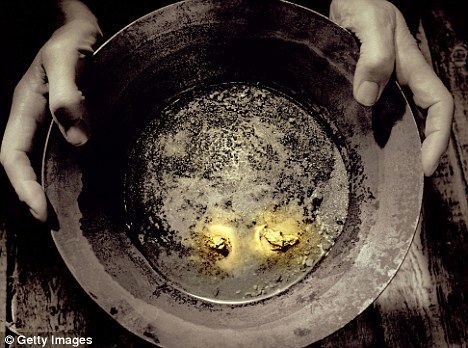 You read the stories and watch movies of how young and unexperienced Mark (Zuckerberg) found in Sean Parker (founder of Napster) an incredible advisor who helped accelerate Facebook to stardom.

Steve Jobs met his first mentor, Robert Friedland, at college in the early 1970s. In a recent biography by Walter Isaacson, a mutual friend Daniel Kottke recalled their relationship:

“Robert was very much an outgoing, charismatic guy, a real salesman. When I first met Steve he was shy and self-effacing, a very private guy. I think Robert taught him a lot about selling, about coming out of his shell, of opening up and taking charge of a situation.”

The reality is there are way more cases of mentors who are really not that helpful. You might be shocked (not) to know that it is not because people try to be unhelpful or have a hidden agenda. The fundamental problem is that expectations are not set up upfront.

Everyone has (some form of) value to add. However a founder has only a limited amount of time and energy and it is its job to max f(value).

In the tech startup world a mentor (@ an accelerator like 500startups / Techstars, Seedcamp or Startup Bootcamp) is someone who assists you at / prior to Demo Day.

Founders are assigned a number of mentors - the actual number varies by accelerator but roughly everyone follows the same formula - to work thru their pitches / product up to demo day. Only a sub-portion of your mentors will end up being a long term advisor. Someone who will end up sticking up with you and spending much of his time with you for free.

It is common practice that the advisor will receive a compensation in the form of ‘karma points’ and/or equity + end up sitting on your ‘board of advisors’ if the right “chemistry” is there.

Almost everyone who starts something that looks promising gets approached by the random guy who offers ‘help’ often in exchange for money. It is often hard to prequalify who will deliver any value and it is - said to be - the job of the founder to recognize dust from diamonds.

This process - of building your diamond-detector - however is hard and doesn’t come for free or as a built-in feature of every entrepreneur. Partly because many (most) of us learn to be entrepreneurs. And partly because it’s often hard to read people’s intentions and real abilities unless you have a pre-existing relationship.

Relationship is a keyword
No one is saying you should go through life with the sole purpose of seeking value. However as an entrepreneur you have to be pragmatic. We go through the ups and downs of euphoria and depression. Optimistic pragmatism and unrealistic expectations.
My good friend Thomas (Schranz) @Blossom told me:
“As a founder you are living a life between being maniac and optimistic and conservative and resource protecting, so any feedback/help can drain a lot of energy. 90% of the time founders are in reaction-mode and only sometimes in pro-active mode. The main job for the entrepreneur itself is to block time or find any means to get to more percent of pro-active mode” 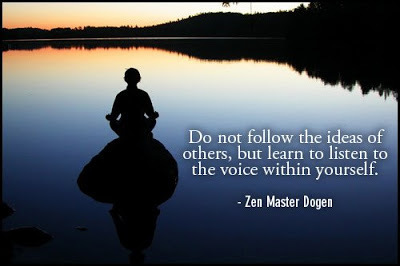 In Zen Buddhist tradition, a Zen Master is an individual who teaches Zen Buddhist meditation and practices, usually implying longtime study and subsequent authorization to teach and transmit the tradition themselves.

As a founder you train to become a Zen Master: you build on your levels of consciousness. After some time you achieve a new level of consciousness that allows you to understand how feedback can be taken and what to do with it. This takes time. Sweat. And error. It won’t happen overnight.

So what do you look for when you don’t know what to look for?
The founder is the fuel. The Dark Matter. Potential energy. Your mentors / advisors are ‘enablers’.

No one should be dictating what product is right or wrong to build and when/how/why to pivot (although many will have their opinions). It is crucial that you establish a line of conduct with your mentors early on and define what kind of value you hope to get from them.

Every time you meet someone who might qualify as a mentor try to put him/her into one of these 3 buckets:

1) Pro-actor: this is the pro. The guy ‘who knows his shit’. He has a particular domain expertise. He learned by doing and is ready to transfer this knowledge. A tech journalist like Robin (Wauters) or Mike (Butcher) not only can provide advice as a generalist re-actor (see below) but also pass onto you ‘hard learned’ lessons on Do’s and Dont’s re: how to pitch journalists, how to craft your story etc . Robin and Mike will also open up their network to you.

2) Con-nector: That’s the Nexus. The one who opens door. It’s the guy who will act as your platform to folks that you need to be with. I.e. Enterprise customers (if you are a Saas company) or Media Executives and CMOs (if you are running an Ad Platform).

3) Re-actor: is the engine. This is the founder who has done it before. The CEO of many battles who has gone through rounds of layoffs and taking the company public. The guy who made and sold his company or hit his head against the wall while trying to build one. This are the Dans (Martell) , the Stevens (Huffman) and Alexis’ (Ohanian), Phils (Libin), Reids (Hoffman) and hopefully Ryans (Hoovers) of the world.
These guys have developed a methodology for building companies from the start AND have superior pattern recognition abilities.

In the case of Steve (Jobs) Robert Friedland taught him how to sell.

Just adopting the simple practice of categorizing candidates this way will take you ¾ of the the way.

The rest comes to your guts and ability to read people.

In my Seedcamp experience, the best mentors were those who helped me navigate the kind of value they could bring upfront.

Next time you meet the following type - ask yourself first : what kind of value am I getting?

“I teach entrepreneurship at school but I have no idea what it means to build a company - cos I have never done it in real life - let alone a successful one. I tell people that I can help adopt Lean Startup methodologies. ”

note: I am clearly not referring to Steve Blank and Eric Reis who - not only created an important body of knowledge on how to build sustainable businesses - but also have built startups before coming up with such a methodology. In Europe, Sal Virani and Rob Fitzpatrick are the guys who walked the walk prior to getting serious about teaching lean practices.

Bonus:
Want to be a good Mentor ? I discovered a a great guide by Sal Virani @foundercentric

I often get asked by fellow entrepreneurs and/or business associates to intro them to someone. It happens all the time. I am sure you know what I am talking about. Linkedin and Angel List makes it so easy for anyone to figure out who you... Continue →